Renowned as one of the most romantic destinations in the Indian Ocean, Mauritius invokes images of an idyllic paradise, cobalt blue seas, limitless activities and a vibrant island life. Now, the island’s national airline, Air Mauritius, is on a mission to tell the world more about the fabulous golf courses that pearl the shores of its palm fringed beaches.

For centuries Mauritius, an island ideally placed in the Indian Ocean 2000km off the south east coast of Africa, was seen as a port for resupplying the ships of the early seafaring nations and the Arabs, Dutch, English and French among others, walked its shores.

Today Mauritius is a growing, modern and independent country. It boasts a population and diverse culture drawn from the descendants of those early voyagers, idyllic scenery, luxury hotels and resorts and, sitting just above the Tropic of Capricorn, a sub-tropical climate which makes it an alluring year-round holiday destination.  In fact, it is still its position, which was once of such strategic importance to the early explorers, which makes Mauritius so attractive.

It is located where the East can meet Africa and where the West can embrace its all-encompassing charm and it is no surprise that visitors flock there in their hundreds of thousands.

An 11 hour direct flight from Melbourne, the island features a vast central mountain plateau, subtropical forests, streams and waterfalls and they are all embraced within 177 kilometres of white sandy beaches and, if golf is your game, it is alongside that magnificent coastline where you will find most of the island’s golf courses.

Golf Victoria takes a look at a few among the favourites.

Anahita The Resort and the Anahita Championship Golf Course 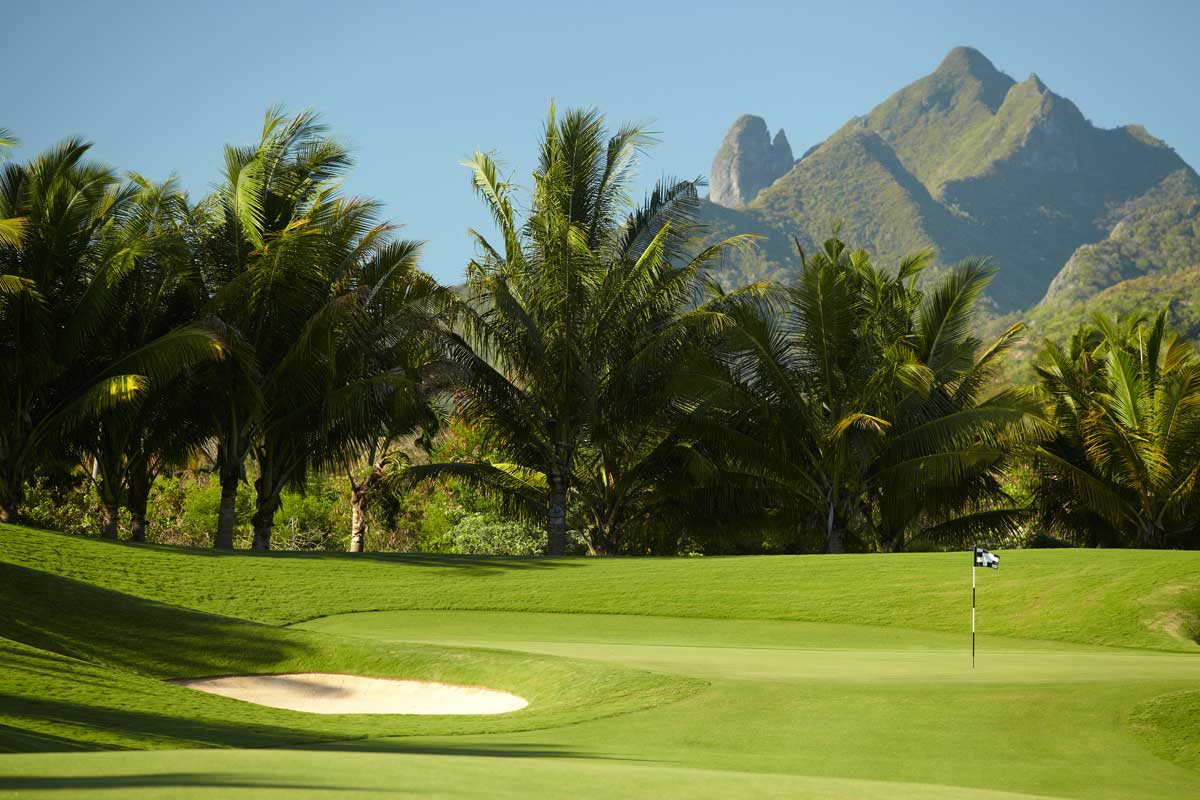 Blending elegance and recreation, AnahitaThe Resort, managed by worldwide leaders in hotel and resort management, Four Seasons, is refreshing and modern. Located on the east coast of the island, it is set in a spectacular landscape of 213 hectares of lush vegetation and is surrounded by a vast crystal-clear lagoon and one of the newest courses in Mauritius, a masterpiece designed by  Ernie Els, arguably, one of the most successful and popular golfers in the history of the game. 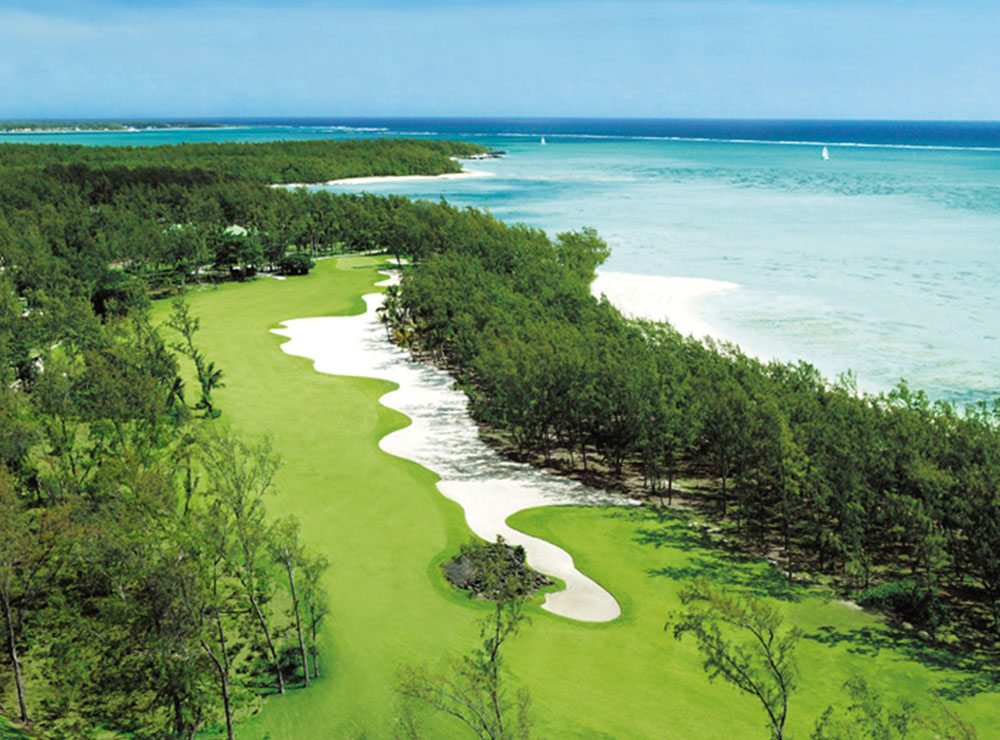 Across the water, just a short ride by boat, is the offshore paradise of Ile aux Cerfs, with its spectacular championship golf course designed by Bernard Langer.
The deer have gone from the ‘island of deer’, Ile aux Cerfs, but what has been created there by Langer, is often described as so beautiful that it has to be played to be believed. Several holes run alongside the white sand beaches and turquoise blue waters of the Indian Ocean and it features an amazing variety of exotic flora and fauna.

The Heritage Golf Club in the Domaine de BelOmbre 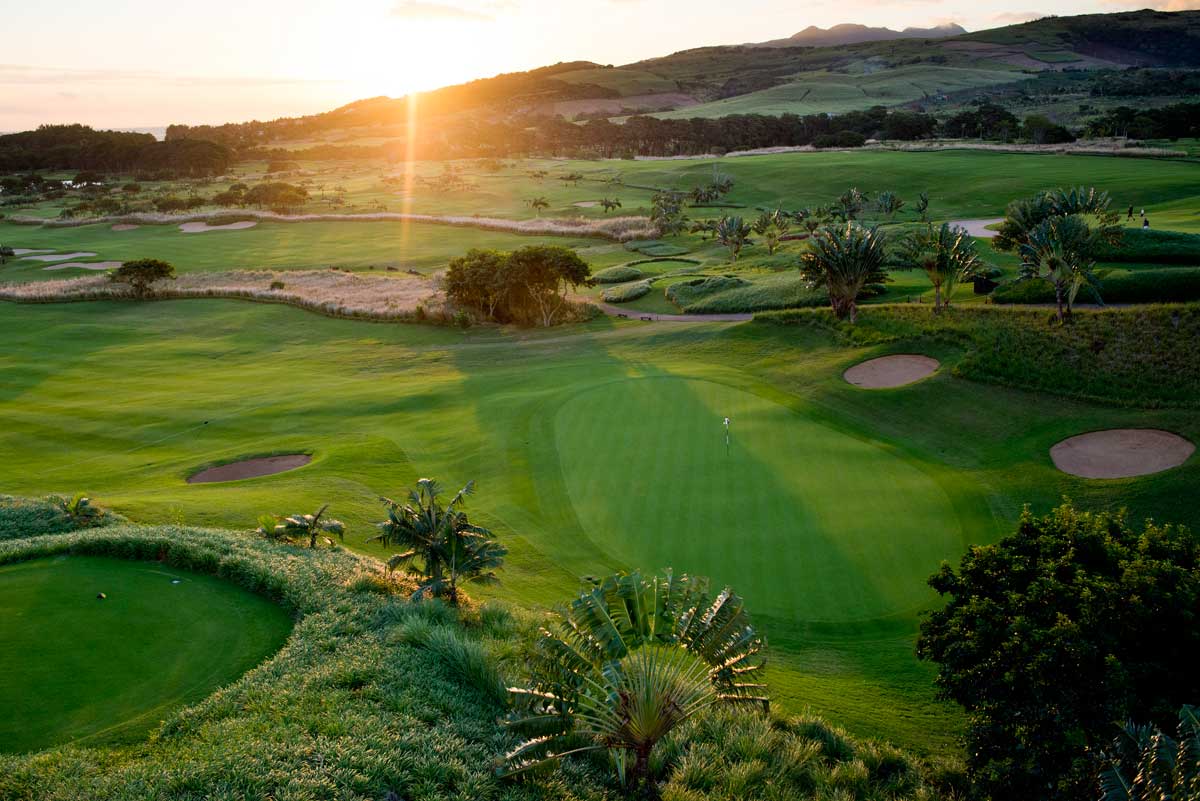 An international golf course, in the heart of the unspoiled south of Mauritius attached to the Heritage Awali Golf and Spa Resort, the magnificent 18 hole Heritage Golf Club layout which covers 100 hectares, is the masterpiece of architect Peter Matkovitch, of Peter Matkovich and Hayes the world renowned South African architectural practice.
Situated between a crystalline lagoon and lush green mountains in an undulating landscape interspersed with lakes, streams and tropical trees, the championship par 72 course is both technically challenging and varied.